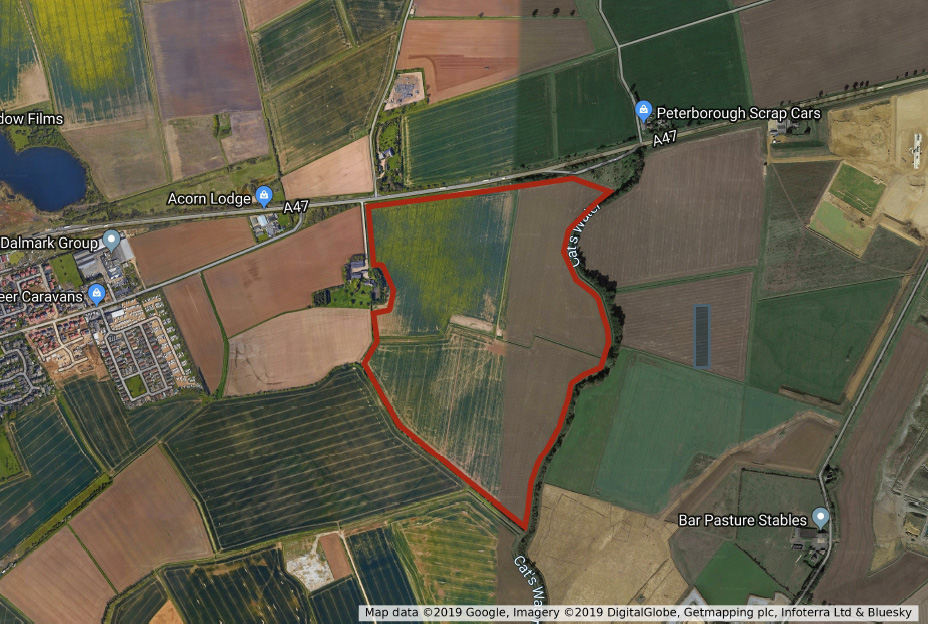 As part of Peterborough City Council’s Emerging Minerals and Waste Local Plan a site at Haynes Farm to the south of the A47 has been put forward.

The proposal has been put forward by Aggregate Industries who run the Pode Hole quarry along the A47 to the east of Eye. The existing quarry accessed from Eyebury Road to the south east of the village is run by a different company called CEMEX.

According to the proposal it is envisaged that the site would be worked as an extension to the Pode Hole Quarry by utilising a conveyor system across Cats Water to the existing Pode Hole processing facility. Access to the pits would also be via a bridge over Cat’s Water from the existing quarry to the east.

The site, if approved is expected to run from 3 -5 years. All soils would be retained on site to assist restoration to part agriculture and conservation.

Although the city council has shown it has sufficient quarries to meet demand for the next few years it has a statutory duty to consider this new quarry which has a proposed opening date of 2028.