Eye Parish Council > The Parish and beyond > Parish Population

Before the census church records recorded the population. In 1125 there were said to be thirteen half-virgaters¹ occupying the Manor of Eye. By 1231 there was said to be 15 full virgaters (peasants) and 14 tofters (who ran the homesteads), a total of 29 tenants.² Average life expectancy around this time was around 30 years.

² The Other Economy Pastoral, Husbandry on a Medieval Estate, Kathleen Biddick

In 1801 the first national census gathered information about the population of England and Wales. Taken every ten years the census gathers data on topics that include age, health, education, ethnicity, language use, work and religion, amongst others. National and local government organisations use this information in a variety of ways, such as allocating funding, planning services, and otherwise understanding local populations. The 2011 Census took place on 27 March 2011.

In 1801 there were 501 people living in Eye, by 1851 this figure had leapt to 1,442. Over the next 40 years, the population then decreased, falling to its lowest point of 1,237 by 1891. This was happening all over the country in the mid to late 19th century as people left rural communities and moved into cities. The railway arriving in the village in 1966 meant easy access to Peterborough and the rest of the country. This was the last period of time the population decreased in the parish.

The last census was in 2021. The data will be published in the following couple of years. It will probably be 2023 before data is published at the Parish level. 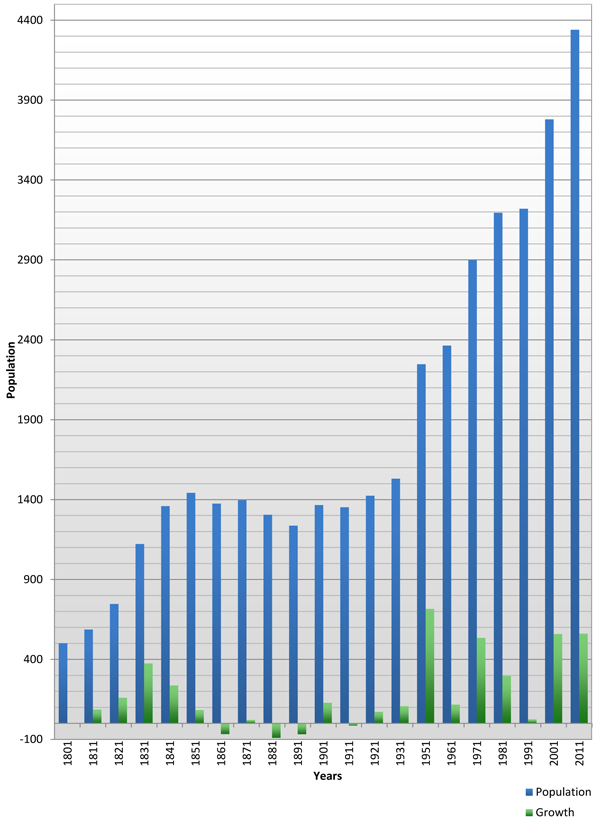 The age spread within Eye’s population from the 2011 Census. 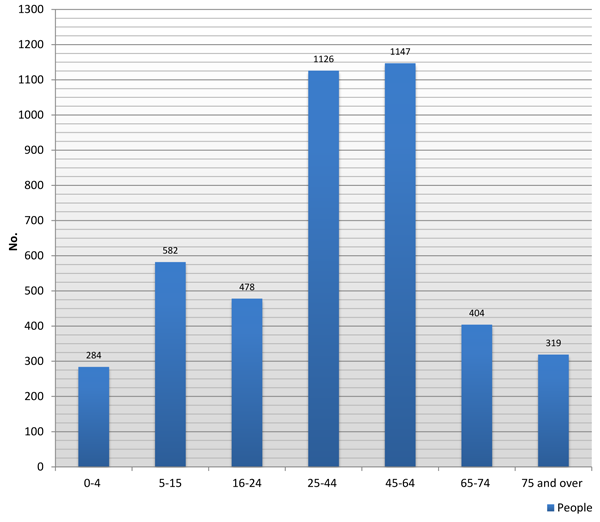 Population changes between 1991 and 2011 including other villages in the Peterborough area.