After a review of Peterborough wards by the Local Government Boundary Commission for England (LGBCE) the two wards of Eye and Thorney, and Newborough ward (which includes Eye Green) will become one ward although there will still be three city councillors for the ward.  The new ward will have a population of 6825, forecast to rise to 7330*.  The parish boundary remains unaffected.

On 24 September 2013 the LGBCE started an electoral review of Peterborough City Council. The review aimed to ensure that each Peterborough councillor represented roughly the same number of voters and that ward boundaries reflect the interests and identities of local communities. The previous electoral review for the city was in 2001.

The order (Peterborough (Electoral Changes) Order 2015) to implement recommendations made by the LGBCE for new boundaries in Peterborough, was made on 3 November 2015 and was published 5 November 2015. New ward arrangements for Peterborough completed a 40 day period of Parliamentary scrutiny and will come into force at the local elections this year.

Local Government Elections will be held on Thursday 5 May 2016. 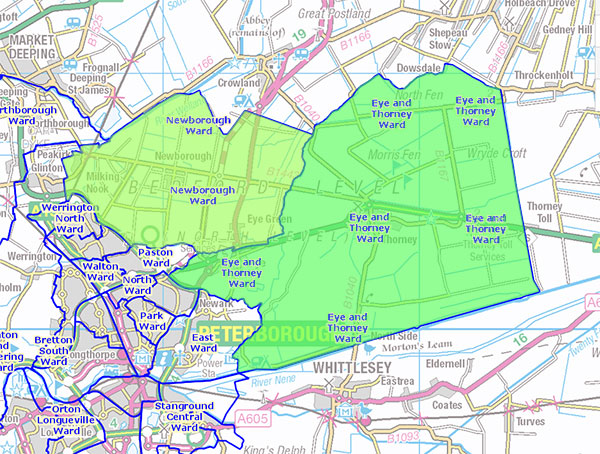 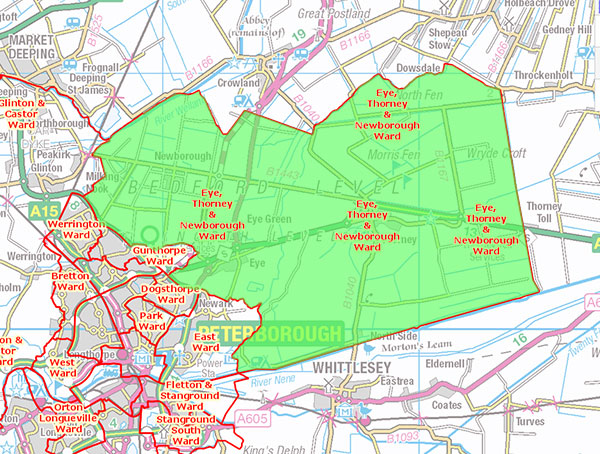