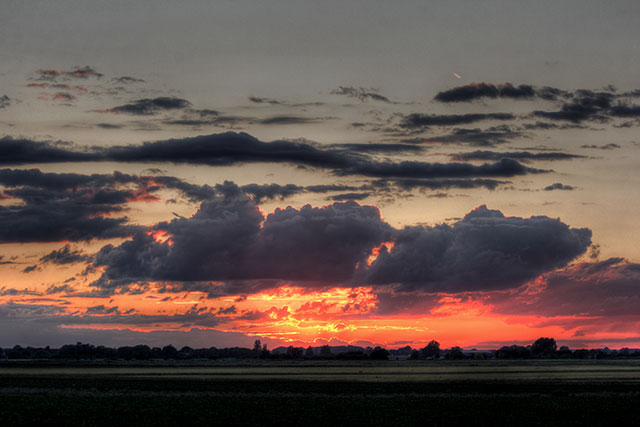 Sunset from the Reaches. From this point you can see the abbey churches of Crowland and Thorney, the brick yards at Whittlesey and on the horizon the hills and woodland to the west of Helpston. 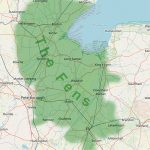 The village of Eye sits on the edge of the Fens. To the west are the rolling hills of Rutland and west Northamptonshire, to the east are the fens with their low lying and predominately  agricultural landscape. Not far to the south is the River Nene and to the north is the River Welland.

Until 1991 when the bypass opened to the north of the village the A47 which links Birmingham to Lowestoft used to go through the village. According to a 2013 feasibility study over 24 thousand vehicles a day use the section from Eye to Thorney although this section isn’t expected to reach maximum capacity until 2036.

By road, central Peterborough is around five miles away, Cambridge 40, and London 100. The edge of Wash is about 22 miles as the ‘crow flies‘ but the closest beach is Snettisham at 43 miles by road. Land’s End in Cornwall is around 365 miles and John o’Groats in Scotland is 600.

We tend to think the village is a long way from sea and the tides, but just three and half miles south-east as the crow flies the Nene is a tidal river. The Dog in a Doublet Sluice which was built in 1937 is the barrier that protects the upper reaches of the Nene from the threat of tidal flooding. You can see the current tidal level at the sluice here. 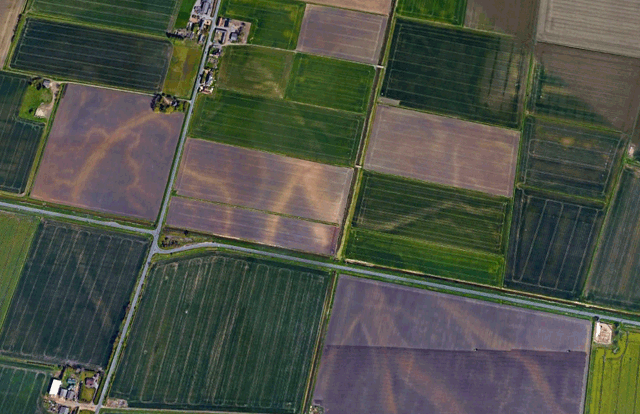 To the north of the parish are these markings in the fields. They’re called ‘Roddons‘, buried water channels which were created before the fens were drained. You can see very similar features around the Wash that are still active today.

Much of the land to the north, east and south of the village is classed as flood zone 3. Areas within this zone have been shown to be at a 1% or greater probability of flooding from rivers or 0.5% or greater probability of flooding from the sea. A number drainage boards manage water levels in an area where there is a special need for drainage. Eye being on the edge of the fens is within in the area covered by one of these boards, the North Level Internal Drainage Board. Also find them on Twitter. 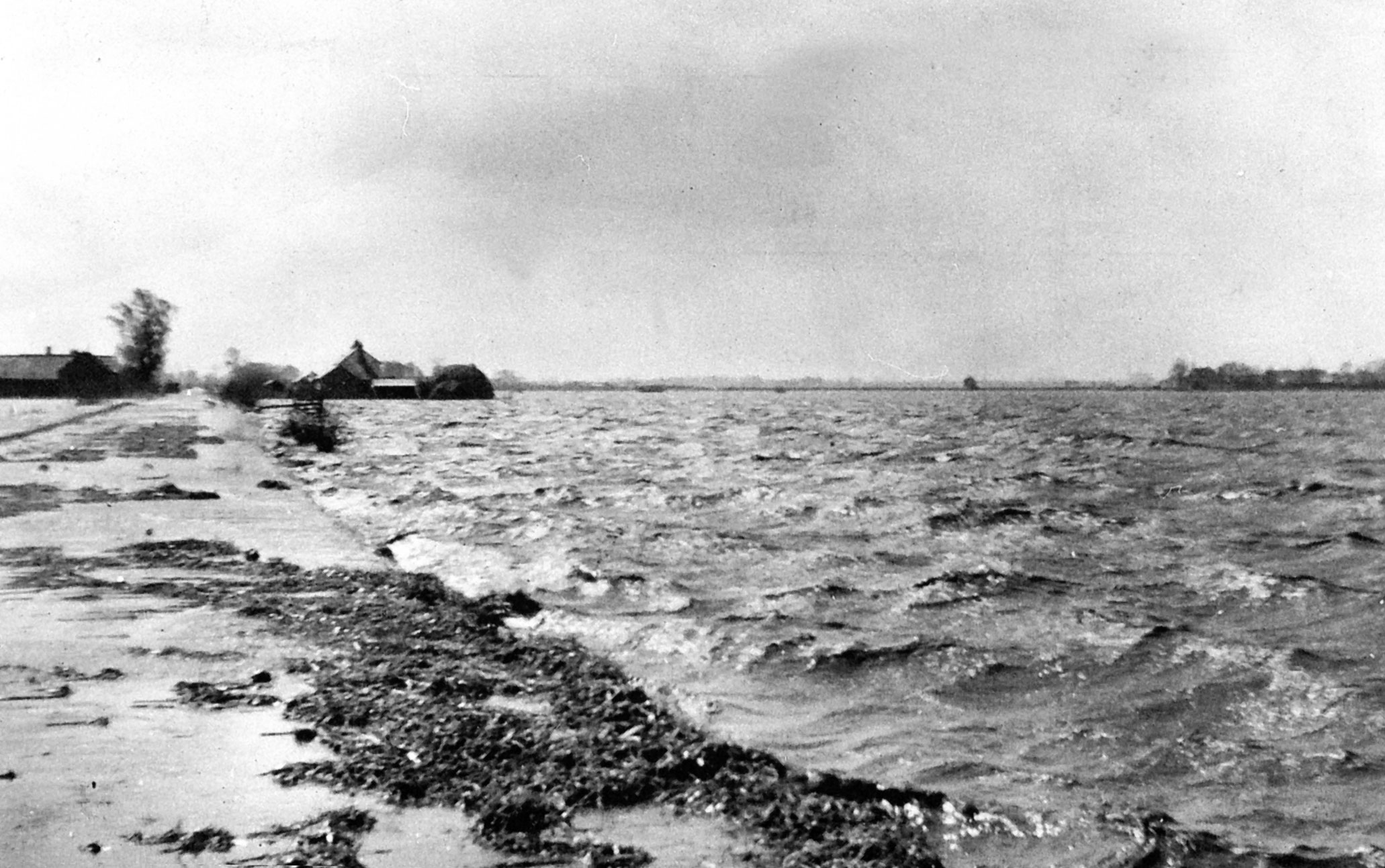 In 1947 the River Welland burst its banks north of Crowland flooding a wide area around the town. The flood waters reached the northern edge of Eye. This was photo was taken looking south along Crowland Road towards Eye.

Regional Agricultural Land Classification Maps show the agricultural land classifications at a regional level (ALC008 covers the Peterborough area). Farmland around the village varies from good to high quality. You can also find mineral resource maps here. The village lies on layers of brick clay, sand and gravel. Clay extraction ended in the 1990s but sand and gravel extraction still continues to the east.

The map below shows the parish of Eye. The last change to the boundary was in 2007 when approximately 190 persons, 32 hectares was transferred to east ward following boundary changes in the Peterborough (Parishes) Order 2004.

The east of the parish follows Cat’s Water, previously known as the Muscat River, an ancient tributary of the River Nene. Just to the south of the Lincolnshire border at the northerly tip is Singlesole farm. In the 12th century in the time of Richard I it was the site of the hermitage of Singlesholt. In the 13th century a chapel dedicated to St. Michael was built there and in 1541 this was given to the Bishop of Peterborough Cathedral. None of this survives today but the farm retains a similar name.

The total area of the parish is 11 square kilometres or 4.2 square miles. The perimeter is approximately 21km or 13 miles in length.

Looking towards the village from the top of the Cathedral. On the horizon you can just about make out the wind turbines of Gedney Marsh Wind Farm which at 23 miles away is just a short distance from the Wash.