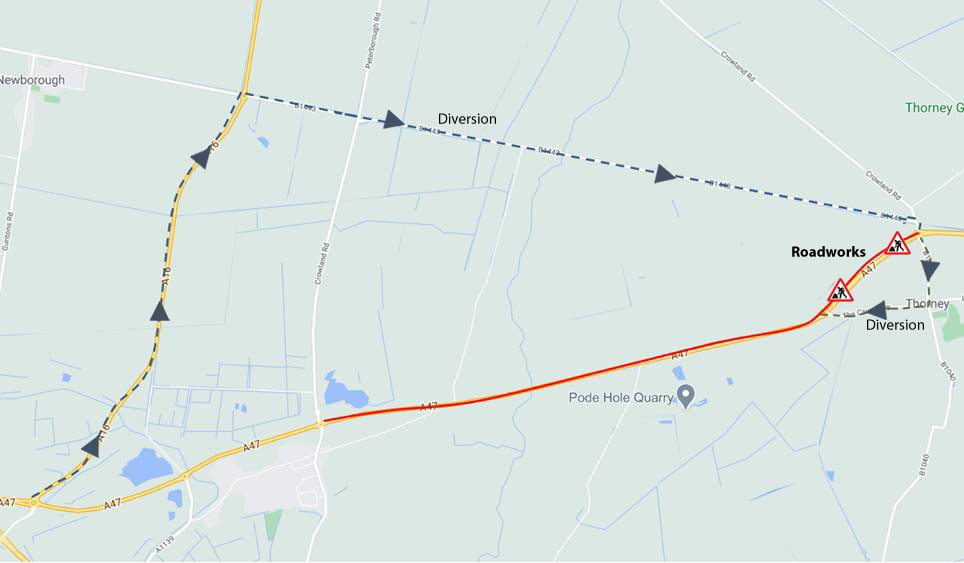 The A47 eastbound will be closed at night so essential works can take place on Thorney bypass. Works include resurfacing, replacing the safety barrier and damaged road studs and renewing faded road markings.

Work is planned over two weeks from Monday 30 November to Thursday 10 December, on weeknights only, working between the hours of 8pm to 6am, subject to weather conditions. Highways England have closely liaised with the Local Highway Authority to agree the most suitable diversion routes for each of the closures below:

Please be aware that the speed limit is 30mph through Thorney to the roundabout.